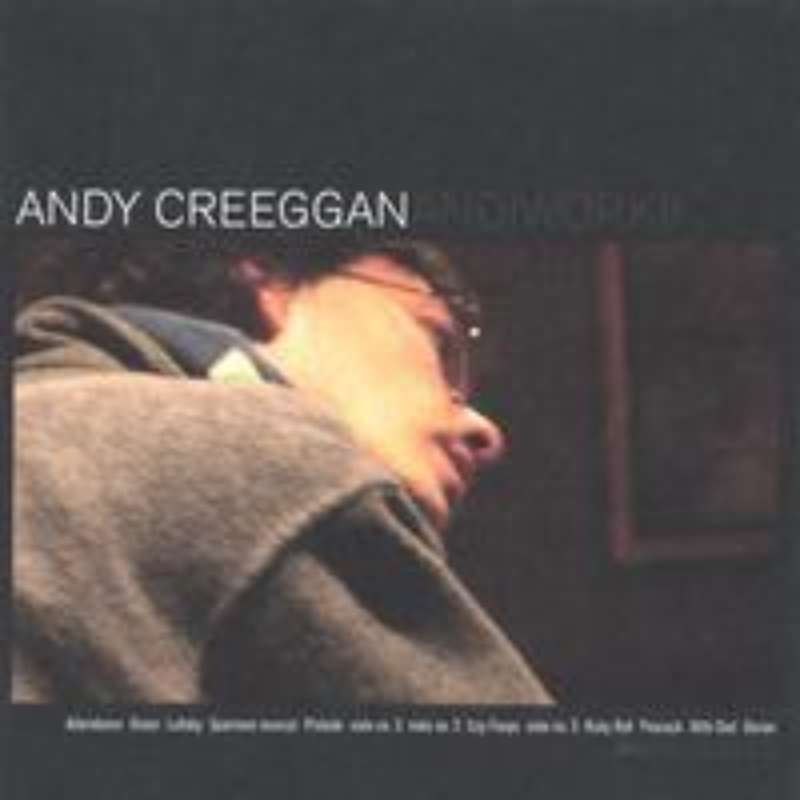 Andy Creeggan had it all but he wanted more. As a founding member of The Barenaked Ladies, Andy saw the group rise from obscurity to top of the charts, but, it wasn't for him. "I wanted space for my music, my personality. I was always very interested in instrumental music and I wanted to take advantage of having been accepted at the Faculty of Music at McGill University in Montreal and really pursue theory and composition."
Along with his brother Jim Creeggan (Barenaked Ladies bass player), Andy was brought up in a musical household in which their mother taught piano and their father played by ear. The Creeggans are a family that lives for music. As such, the two brothers also perform and record as The Brothers Creeggan, releasing three cds thus far and touring between Barenaked Ladies albums.

Andiwork II is Andy Creeggan's second solo album and the first to be nationally distributed. It is an understated and quietly complex work that showcases a young composer weaving textural ambient pieces that draw from classical, jazz, new age and even 50s exotica with an underlying dry humour that will occassionally rise to the forefront (an excerpt with Andy coaxing his dad in the studio, for example). It is cinematic in scope and breadth and yet comfortable enough to work as a late night chill album for background sonics. Featuring members of the Toronto Symphony and drummers Ian McLauchlan (Brothers Creeggan) and Mark McLean (of the acclaimed Jane Bunnett jazz ensemble).

Some background on the compositions:- Sparrows; for ensemble of 8 flutes. This work was commissioned on behalf of the Ensemble Contemporain de Montreal (ECM) and was premiered at the Montreal Conservatory of Music.

- Prelude and Lullaby for chamber ensemble. This work was premiered by the McGill Contemporary Music Ensemble.?