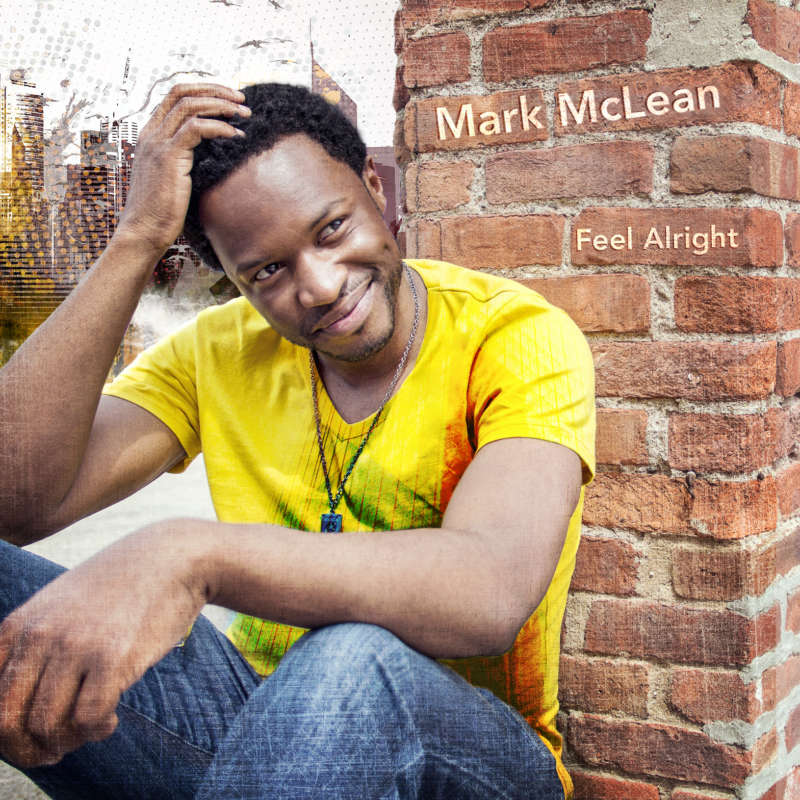 One of the most dynamic and versatile studio and touring drummers in the jazz, R&B and pop realms over the past 15 years, Mark McLean had a single criterion when it came time to expand his horizons beyond the groove and record his long awaited breakout as a powerhouse composer and lyricist: it had to Feel Alright.

In an industry that often prefers pigeonholing to expansive creative expression, the multi-talented artist – whose credo is “I don’t want to be seen as a drummer, I want to be known as a musician whose instrument just happens to be drums” – breaks all the rules on this eclectic 11 track set, sharing his love for everything from old school soul, down and dirty blues/funk and traditional jazz to Southern folk-pop with a zydeco twist, Rat Pack-like swing, edgy pop/rock and New Orleans brass band music.

While a complete one-eighty in vibe and vision, Feel Alright is the follow-up to McLean’s acclaimed 2010 indie recording Playground, an all-instrumental showcase for his band of the same name whose tracks earned significant airplay on both traditional jazz and urban jazz stations. The new album is produced by Grammy winning engineer and producer Steve Bigas, well known for his previous work with Taj Mahal and Ziggy Marley and for his long association with Daniel Lanois.

Recorded at Phase One Studios (www.phaseonestudios.com)
Toronto, ON Canada