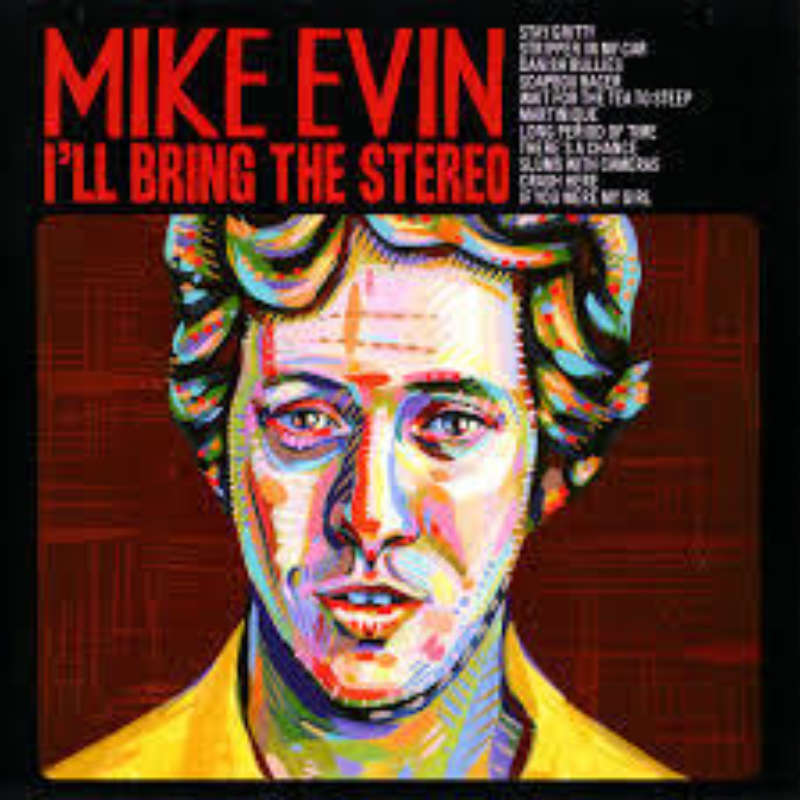 Ragtime rock came cranking out of an east-end Toronto living room. Recording was in progress – and eating rotis in the backyard over the course of three steaming weeks were 4 drummers, a banjo player, a woodwind trio, a pianist, and a host of others.

“It was like summer camp,” says Montreal singer/songwriter MIKE EVIN, 26. “Each morning I’d wake up and there’d be another special guest in the kitchen waiting to perform on the album. I was skeptical of recording in a house initially, but now I’m convinced it’s the only way to record!”

Evin’s cabin-mates during that summer session were brothers JIM and ANDY CREEGGAN (Barenaked Ladies, The Brothers Creeggan). After hearing Evin’s debut album THE JANUARY MUSE in 2001, the Brothers became instant fans of Mike’s songs. This led to their support of Evin’s sophmore album, I’LL BRING THE STEREO.

Whether quirky and satirical or sensitive and emotional, Evin’s lyrics showcase a poignant sense of humour. Add lilting melodies to the mix and you’ve got a veritable hot pot of disarming compositions. With I’LL BRING THE STEREO, the Creeggans have taken Evin's evocative piano pop songs and supercharged them with an assortment of flavors - a pinch of banjo, a spoonful of vintage guitar effects, a heavy dose of horns, and a touch of distorted harmonica.