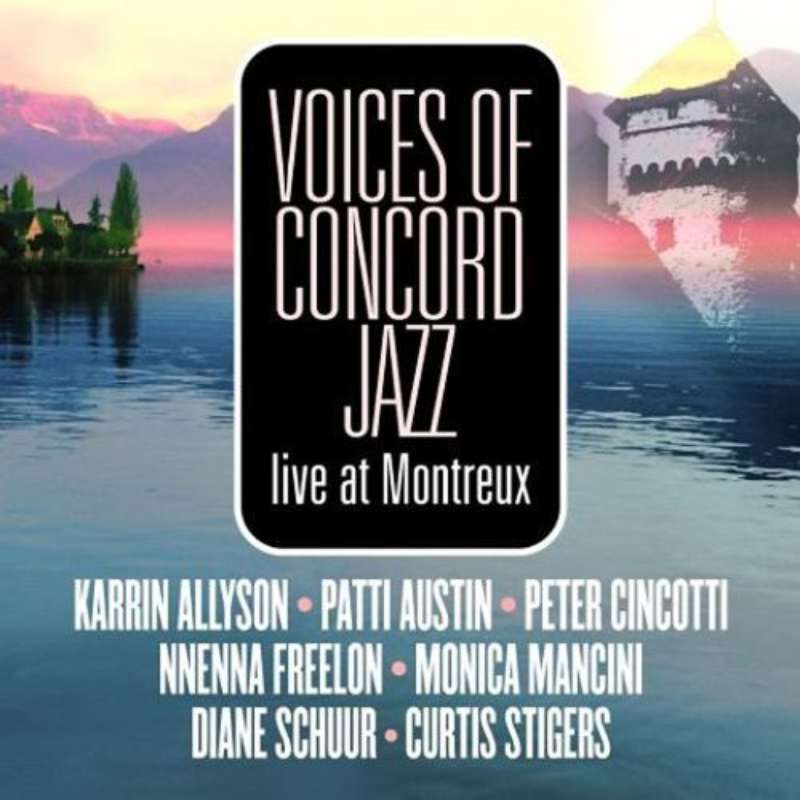 The clean, tasteful, accessible, and swinging sound of Concord Records is well showcased on Voices of Concord Jazz, a collection of 20 live performances (both small group and big band) by seven of the California-based label's jazz singers. In truth, there's nothing earth-shattering to be found in these 105 minutes--no Sarahs, Billies, Mels, or Ellas are on hand (although Patti Austin certainly evokes Miss Fitzgerald in a set that includes "Mr. Paganini" and a tour de force "How High the Moon"). But while the Concord approach has usually been more about entertaining and engaging listeners than challenging them, this is decidedly not the pallid style commonly known as "smooth jazz"; indeed, the occasional Vegas-isms of singers like Peter Cincotti (virtually a younger Harry Connick Jr.) and Curtis Stigers are more than balanced by their instrumental prowess on piano and sax, respectively. Elsewhere, Karrin Allyson shines in a too-brief set that includes the Bobby Timmons standard "Moanin'" (with lyrics by Jon Hendricks), while the bluesy, sultry "Stay Away from Bill," her duet with Diane Schuur (an extraordinarily powerful vocalist with an unfortunate tendency to shriek), is a highlight. Others include Nenna Freelon and Monica Mancini (daughter of Henry); all are backed by some superb players, including a mostly German big band conducted by the estimable Tom Scott. --Sam Graham